Michaelskapelle (Chapel of the Archangel Michael)

A part of the former cemetery south of the cathedral had to make way for the expansion of the Gothic church. A chapel dedicated to the archangel Michael was then built as an ossuary. Bones exhumed from older graves to make room for newer burials were reinterred in the chapel which consisted of two sections, a lower chapel for the bones and an upper chapel dedicated to St. Lawrence. The building was later used as storage for Imperial Chamber of Justice archives. Since 1854 it has once again served as a place of worship. The door is assumed to be the original one. The stone carving of the crucifixion on the west facade dates from 1509. 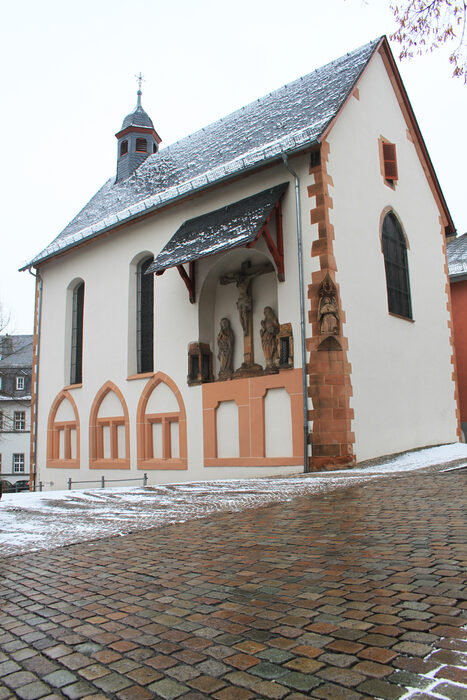